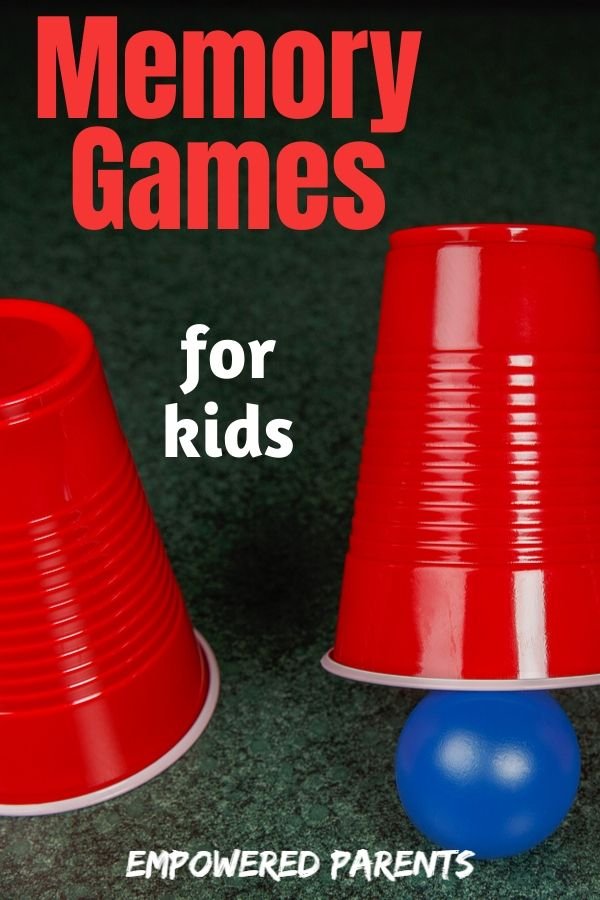 Boost memory with these simple, fun memory games for kids. They are suitable for preschoolers and older children too.

The Benefits of Memory Games

Memory games generally work by improving working memory. Working memory is the information that you hold in your brain that you’re able to access straight away.

Having a strong working memory means you can retain information and apply it; For example, solving a maths problem in your head, or remembering the names of people you’ve just met.

Children with strong working memories can focus on activities and retain information with accuracy.

In turn, they can follow instructions with more than one component, incorporate new information into their thinking, and then use their knowledge in a range of new, different scenarios.

All of these skills impact children’s cognitive development and ability to learn, both as preschoolers and throughout their lives.

Playing memory games from around 3 years old is effective, and most children at this age are able to concentrate for a slightly longer period of time and take turns.

Most games can be adapted to make them simpler if your child struggles with them initially.

Here are a few of my favourite memory games for children.

Lots of matching card games are available on the market, often with popular children’s characters on them so choose a set that will capture your child’s imagination.

Want your own instantly downloadable, printable set? Download your own set of printables at the end of the post.

Here’s an example of a set of cards from the printable memory games:

This builds children’s memories by requiring them to take account of each picture and remember where it is placed.

If your child is particularly physical you could play this game on a larger scale with bigger pictures, placed around the room so you have to move back and forth to try to pair them up.

Encouraging physical activity plays into children’s natural way of learning; as children move they begin to file away and store their thoughts, which is ideal for developing memory.

Kim’s Game is a classic early memory game used in many early childhood settings. It’s very simple to set up and can easily be done at home with items you have on hand.

This builds up children’s ability to visualize and use visual memory skills. To add interest to the game you can take an item away each time and ask them what is missing.

This game is also popular because it has a multitude of benefits, the most important of which is that it builds concentration which is necessary for improving memory.

This can be made harder by adding more cups, moving them more quickly, or shuffling more. Your child may also like to switch roles and have a go at moving the cups for themselves.

Here’s one to get your child up and moving around.

This helps to build memory by linking abstract instructions to physical movements. They have to remember both the command and what to do about it.

This game is best played in a group setting with lots of different personalities adding to the list, but could also be played on a smaller scale around the dining table at home.

This game can be played with a different starting sentence e.g. “I went to the shops and I bought” or “I went to the park and I…” so choose something that will appeal to your child.

The repetitive nature of the game helps build children’s memories as they recall the lists.

This activity builds children’s listening skills which have a whole host of benefits for memory including exercising their auditory processing system and laying the foundation for recognizing different sounds as part of speech, which is important in learning to read and write.

Simon Says is a classic childhood game and a great way of building memory skills because it requires that children listen carefully and respond correctly, remembering and referencing a set of rules.

This careful listening is required to remember information that is given verbally, as much of teaching is, and will pay long-term dividends.

Another game with large movement incorporated into it is the very simple, but effective, ‘In the River, On the Bank.’

This game seems very simple but it requires a great deal of processing and accessing the memory of the rules, great for developing strong working memory!

Many parents are wary of using technology and on the whole screen time should be limited, but technology is an important part of life and culture, and in small doses can be used to help children’s learning and development.

Studies have shown that technology is most effective in helping children to learn when they use it alongside a parent, teacher, or peer.

So, if you’d like to embrace technology then playing some of the memory games available for children together with your child will be beneficial for them.

There are plenty of apps to choose from so experiment with a few and see what works for you and your child.

Building strong memory skills is so important to children’s ability to learn successfully so if you can incorporate a few of these memory games for children into your weekly routine then you will be able to give your child a headstart.

It was awesome n new thanks

Excellent and it is v.useful for me as a teacher

Thanks, Vibha. Glad this will be useful!

So important memory skills, us them for OT sessions