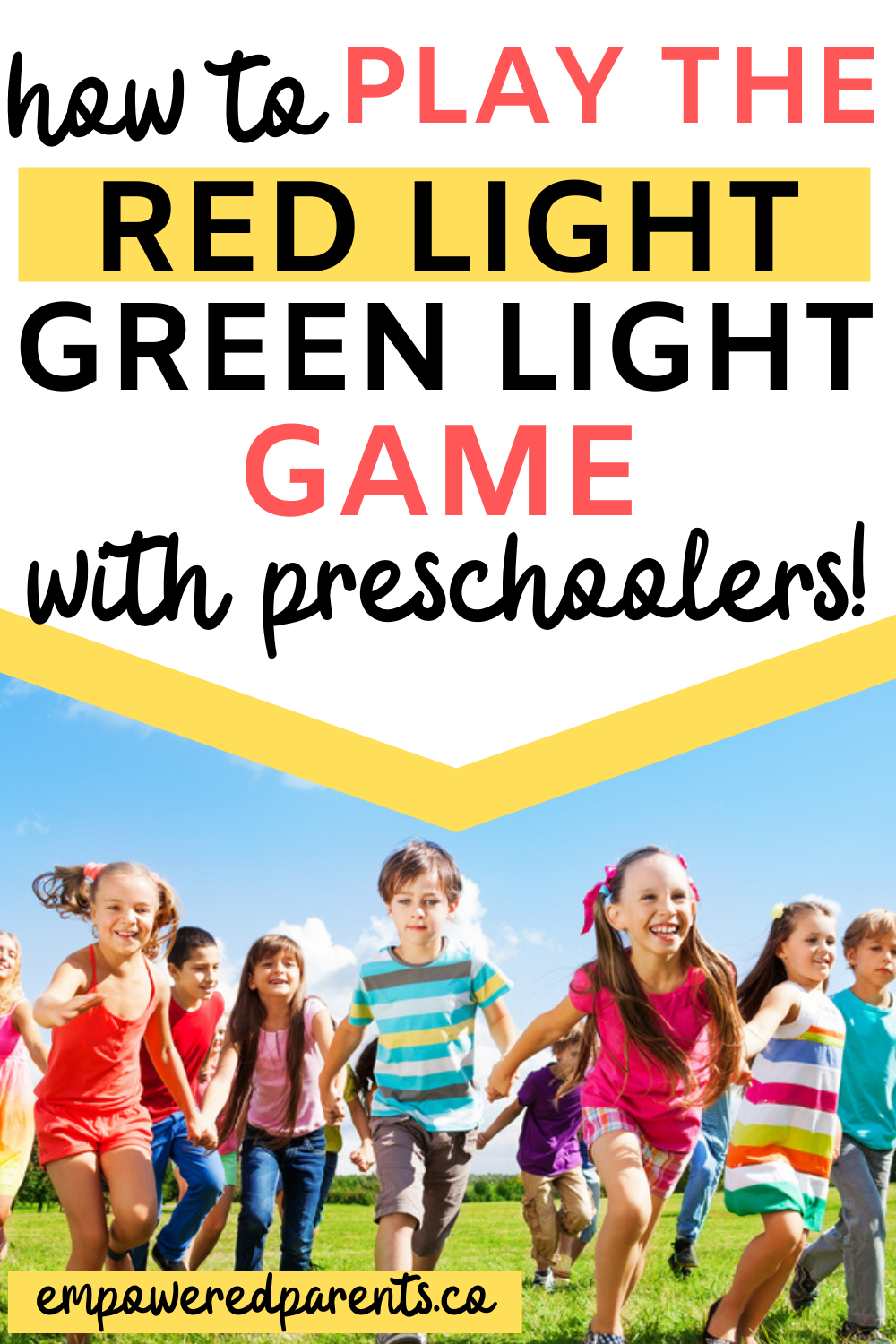 The popular game Red Light, Green Light is fun to play with a group of children at home or at school. It’s suitable for preschoolers and older kids too.

Not only is it an enjoyable group game, but it’s also educational so young children can learn while playing it.

Here’s how to play Red Light, Green Light and why it’s so beneficial for young kids.

Here are just a few of the developmental benefits of playing this game:

Kids need good balance and control to be able to stop suddenly while running and not move their bodies.

This game strengthens kids’ listening skills and concentration as they have to listen carefully for the words “red light” or “green light” and react appropriately with little time to think.

This teaches them to follow instructions and carry them out appropriately, a skill they use repeatedly at home and school.

A little added benefit of this game is that it can actually teach kids how traffic lights work and what the colours represent (green means go, amber means slow down, red means stop).

A game like this gets them to actually practise their reactions and their associations with the colours so that they instinctively learn how to cross a road safely as pedestrians.

Red Light, Green Light is best played outdoors with a group of children, but can also be adapted as an indoor game.

The game ends when the entire group crosses the finish line. Then you can start a new round.

There are many ways you can tweak the game to make it more fun, to teach a different skill or to suit the age of the kids who are playing.

Add in a Yellow Light

Teach road safety by also adding in the yellow light.

When the leader calls “yellow light” the children must slow down or start walking instead of running.

Teach kids to work together by holding hands and trying to cross the finish line together. They have to learn to control their bodies so they don’t push or pull anyone they’re holding hands with, causing them to move when it’s a “red light.”

Make a Child the Leader

Once children have played a few rounds and know how the game works, nominate one of them to be the leader and call out the actions.

This gives kids the responsibility of learning to space out the calls, alternate commands and spot those who are moving.

A great way to develop memory and concentration is to change the actions so kids have to think carefully about what action the command requires, and also react quickly without being caught out.

Some ideas of actions for “green light”, instead of run:

“Red light” could still mean stop or could be an action such as stop and turn on the spot, stop and do jumping jacks, etc.

To play the game indoors, kids will not be able to run, but will rather have to be given different directions such as “hop forwards when I say green light and stop when I say red light.”

Compromise with any other actions.

As a variation, start with your back to the kids and call out “green light.” Then turn around when you say “red light” so you can catch out those who are moving and send them to the start line again.

Turning around adds a fun element as kids try to freeze before you turn and spot them.

When kids are used to this version, play a silent game where instead of calling out the colours, they just use your turning around as their cue to freeze.

So, when you have your back to them they can run, but when you turn around they must freeze until you face away from them again.

Keep the game silent by simply pointing to those who moved and must go to the start line again. Try not to tell them they moved.

Use Signs With Words

Use the game as an opportunity to develop pre-reading skills by making a “STOP” and “GO” sign with the words written on them.

Kids will learn to recognize these words by memory so they can add them to the list of sight words they naturally learn from their environment.

Instead of calling the colours out, make signs out of coloured cardboard. Kids must respond to the colour you hold up.

This is a hands-on way to teach colour recognition.

You can make up your own variations of this game or play it the traditional way with your preschoolers. It’s also a fun game to play with the family.