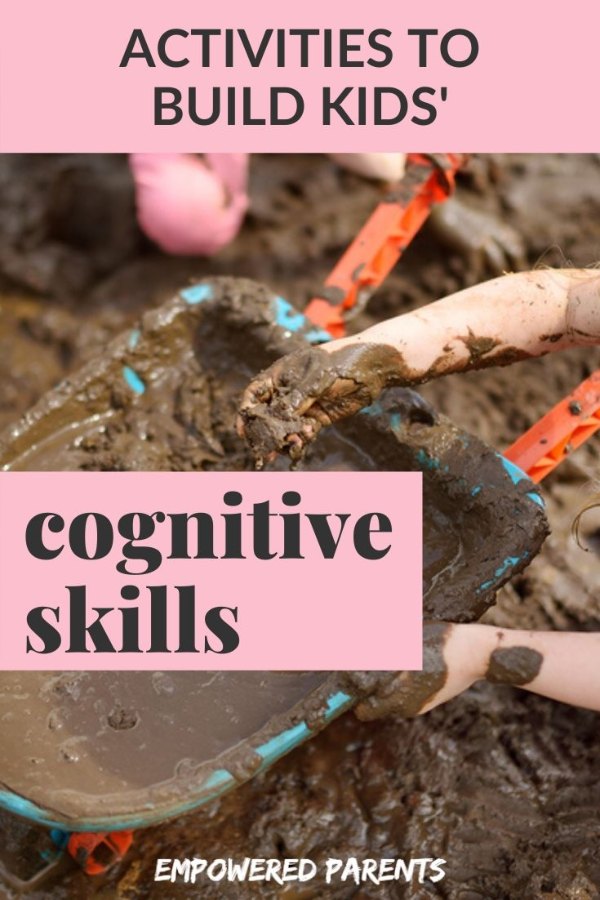 The early years are a crucial time for both physical brain development, and the intellectual, or cognitive, development that accompanies this.

What is Intellectual Development in Early Childhood?

Intellectual development is also known as cognitive development and refers to growth in a child’s capacity for thinking, conceptualizing, making judgements and comparisons, and reasoning.

How children cognitively develop over the first few years of life is of great interest to psychologists and has long been a popular field of study. Although research is on-going, there are some widely accepted theories as to how and when different stages of cognitive development occur.

Why is Intellectual Development Important for a Child?

For example, babies who can distinguish between speech sounds at 6 months have better language skills at age 2, and children whose pre-reading skills have been developed by kindergarten have better reading ability by age 16!

It is far easier to ensure a good start in life than to try and play catch up later!

What are Some Types of Intelligences?

We often think of “intelligence” as being academic and related to traditional school subjects such as English, mathematics and science, but there are many different types of intelligence that encompass a range of skills.

Listed below are some of the intelligences that have been identified.

Some people with musical intelligence are gifted at playing instruments or singing, but this is not always the case.

Musical intelligence is primarily about the ease with which people can identify different sounds and tones, and how easily they learn songs and melodies. They can be described as having a “good ear” for music.

Children with musical intelligence are good at imitating sounds, words, voices and intonation. They also enjoy music and musical activities.

Kinesthetic or bodily intelligence is learning through movement and experimentation. It is also called hands-on learning. People with this kind of intelligence often enjoy sports and physical activities.

Some enjoy the artistic side of movement such as dance, rhythmic gymnastics, acting and performing.

Children with this kind of intelligence are often high energy and love outdoor, physical play but they may also enjoy building things and working with their hands. Their motor skills are often advanced for their age.

People with logical-mathematical intelligence process information through logic and reason. As the name suggests, people with this kind of intelligence often enjoy working with numbers and may display great skill in this area.

They show great interest in how things happen and how they work, and may be very curious.

Investigation and experimentation hold great appeal to people with this kind of intelligence and they often crave order and logic in their daily surroundings and activities.

Linguistic intelligence has to do with language and words.

People with linguistic intelligence often enjoy and are good at reading, writing and learning language. Children may acquire language quickly and have rich vocabularies.

Children with this strength often do well at school, as the current schooling system is very language-focused.

Spatial intelligence is the ability to visualize shapes and spaces, and display good spatial judgement. People with this kind of intelligence often have a good sense of measure and of direction.

Children may enjoy building activities, display great skill in steering toys around and are good at jigsaw puzzles.

Interpersonal intelligence is to do with social aptitude and how people interact with others.

People with this kind of intelligence are often extremely good with people and make friends easily because they are able to read others’ emotions and empathise and understand others easily.

These children thrive off of social interactions and are often enthusiastic and lively and good at including other children in their play.

Intrapersonal intelligence is to do with introspection and knowing oneself.

People with this kind of intelligence are intuitive and often introverted. They are especially good at managing themselves and recognizing their own emotions as well as setting goals and motivating themselves.

Children with this kind of intelligence may appear shy or introverted and this is a difficult intelligence to recognize in early childhood.

Naturalist intelligence is about how people relate to their natural surroundings. People with this kind of intelligence have a sensitivity to and appreciation for nature.

Naturalists enjoy and are often good at growing plants, vegetables and fruit. They often love animals and are good at understanding them.

Children with this kind of intelligence enjoy being outside and are often curious and interested in the outdoors and the changing weather and seasons.

What are the Stages of Intellectual Development?

Piaget identified the first 2 years of life as the sensorimotor stage of development. In this stage, learning occurs through sensory interactions with the physical environment.

Children use these experiences to develop schemas, where they repeat actions within the physical environment which have an interesting outcome. Piaget called this primary circular reactions.

After this they begin to include external objects (e.g. blankets or toys) in their actions which are called secondary circular reactions.

Finally, in the mental representation part of this stage children are able to draw on previous experience to identify properties of different parts of the environment.

The second stage of Piaget’s theory of cognitive development occurs between 2 and 7 years of age and is known as the preoperational stage.

The emergence of this stage of development usually coincides with enhanced language acquisition and it is this language that allows children to begin engaging in symbolic play, imaginative or pretend play, such as pretending one object is something else and role-playing different characters.

The concrete operational stage is the third stage in Piaget’s theory of cognitive development, and it spans middle childhood from around age 7 to 11 years.

In this stage, children begin to develop logical thought. Although much of their thinking remains focused on that which is concrete, children do become more sophisticated in their logical ability and gain the ability to think hypothetically.

Children in this stage of cognitive development are able to use inductive reasoning to generalize from a specific experience they have to a general principle. However, understanding deductive logic is not possible at this stage.

The concrete operational stage also signifies that children are able to concentrate on many aspects of a problem or situation at the same time and also understand that actions can be reversed.

Formal Operational Stage: Ages 12 and Up

The final stage of Piaget’s theory is the formal operational stage and begins at approximately age 12.

Now children’s thinking becomes much more advanced and they are able to understand abstract and theoretical concepts. Children are able to use logic, deductive reasoning and systematic planning during this stage of development; which allows for a more sophisticated understanding of mathematics and science.

Instead of drawing only on their own concrete experiences to predict outcomes, children are able to consider a range of possible outcomes and use logical methods to solve problems.

How Parents Can Encourage Intellectual Development in Kids

Having stressed the importance of good cognitive development in the early years, it is logical that parents wish to do all they can to support this. However, it is important that children are not subjected to too much schooling, too soon.

Intellectual development activities for early childhood are delivered most effectively through play and the opportunity to explore.

Activities to encourage higher-order thinking, problem-solving skills, attention span and memory will help to improve your child’s cognitive abilities as will sensory play activities. Below are a few ideas you can try at home:

Treasure baskets are a great activity for even young babies as they allow for sensory exploration which is key to early cognitive development.

The idea is to gather together lots of interesting items for your baby to explore and then to support them in doing so.

Treasure baskets can be a selection of lots of different items or could have a theme such as shiny items, round items or brushes. Many babies like to explore with their mouths so supervise them closely to make sure that they are safe.

How you set up sensory play is up to you. You just need a container, something to explore and some tools to do the exploring with. Good examples include mud, lentils, cooked spaghetti, shaving foam or bubbles, and using kitchen utensils or bottles and jugs as tools.

There are plenty of specialized board games on the market for children. These are a great way to develop problem-solving skills as children begin to strategize as well as understand important social concepts such as turn-taking.

Kim’s game is a classic memory game and it’s very simple to set up at home.

This builds up children’s ability to visualise and use visual memory skills. As your child gets better at the game you can increase the number of items on the tray.

Although too much screen time can be a bad thing, technology can also be great for enhancing children’s cognitive development and is certainly a useful skill for modern life.

There are plenty of apps with memory games for children that would help to improve children’s memory skills and games which incorporate logic, brain training or problem-solving. These would make a valuable contribution to children’s cognitive development.

Reading for pleasure is the single biggest indicator of children’s academic success so take the time while they are little to read a variety of different books with them.

This helps with language acquisition but also gives children a positive disposition towards reading and books which in time will hopefully translate to a love of reading.

Constructing with age-appropriate materials hones a whole host of skills that contribute to children’s cognitive development.

Building with blocks requires concentration, dexterity and a growing understanding of balance, gravity and the properties of shapes, whilst junk modelling requires more creativity and planning as well as experimenting with different joining techniques.

wow, it's a very good article for parents. well, keep it up.