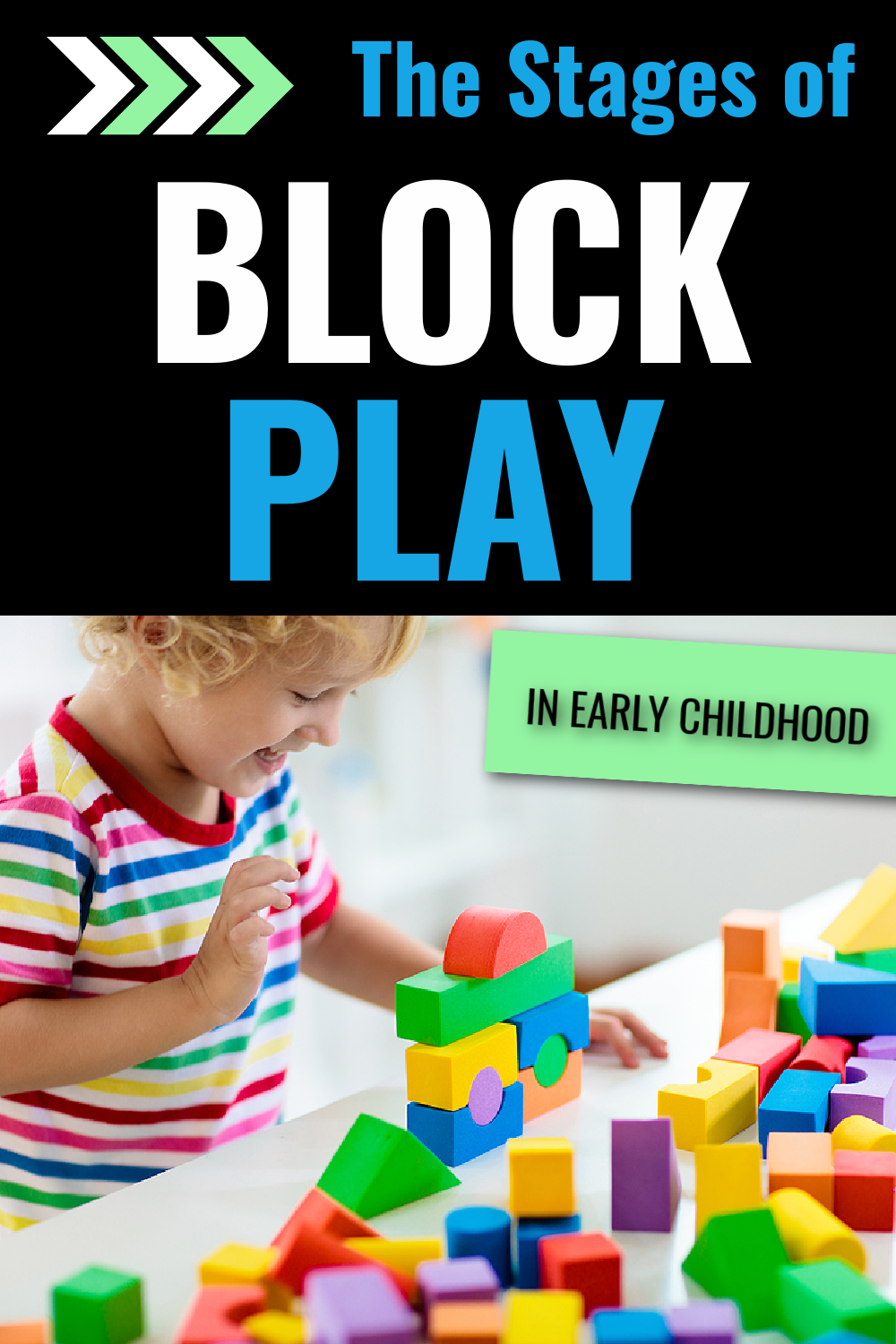 One of the greatest things about block play is how educational it is for children of a wide range of ages.

From the infant and toddler stage right through to the primary/elementary years, children are building skills and learning while playing with them.

They also progress through a series of predictable stages as they mature and develop their cognitive abilities.

Their intentions change as they play: Young babies do not build structures when they first encounter blocks, just as 5-year-olds don’t stack blocks aimlessly.

Block play is one of those activities that beautifully showcases how children are learning as parents and teachers are able to tell how their kids are developing just by looking at their block creations.

What starts as carrying blocks around often ends with intricately-designed structures.

Here are the 7 stages of block play.

In the first stage of block play, infants play with blocks by exploring them as they would any other material. They play with the blocks for what they are, rather than for what they can make.

They hold and explore the blocks. They touch them, shake them, taste them, throw them and experience them on a tactile level.

Infants and toddlers also begin carrying them around, collecting them and sorting them. They experiment with how the blocks go together.

At this stage, they are not yet building or constructing.

In the second stage, young toddlers are able to make horizontal and vertical rows with the blocks.

They usually start by stacking blocks on top of each other to make a tower.

Toddlers take great delight in stacking a tower, just to watch it collapse as they push it over. They are learning about cause and effect.

They also experiment with placing them horizontally, in rows.

This is the stage where simple bridges are built.

This means two blocks are placed side-by-side with a space in between them, with a third block on top.

Children are usually able to build simple 3-block bridges from the age of 3.

In this stage, children are able to make a closed circuit with blocks. They can build simple enclosures.

This is the start of structures that include symmetry, patterns and balance. Blocks may be used in a decorative way.

Although these are not yet considered buildings, they do show how children are developing an intention when constructing with the blocks.

In the second-last stage, the beginning stages of fantasy play/symbolic play emerge as the construction gets a name and has a purpose, even though it may be a simple structure such as a tower.

In this stage of construction play, the child often names the structure after it is built, showing that he isn’t yet planning his creations in advance, but his imagination and creativity is growing.

Preschoolers are usually in this stage and may only progress to the next stage when they are a bit older.

The last stage is characterized by complex constructions such as houses or castles.

Children usually say what they are going to build before they start, which shows their growing ability to plan and think before beginning a task.

They usually try to replicate buildings and structures that they’re already familiar with.

This is when real dramatic play begins and children display much creativity in their creations.

Those are the seven stages of development in block play.

If you’re wondering what the best way is to help your children progress through these stages, all you need to do is give your child lots of time and opportunity to play with blocks.

As long as children have access to blocks and the time to explore them independently, they will naturally progress through these stages.

Read more about the benefits of block play in child development.

Or shop for instantly downloadable and printable kids’ activities and games. Get more info here.