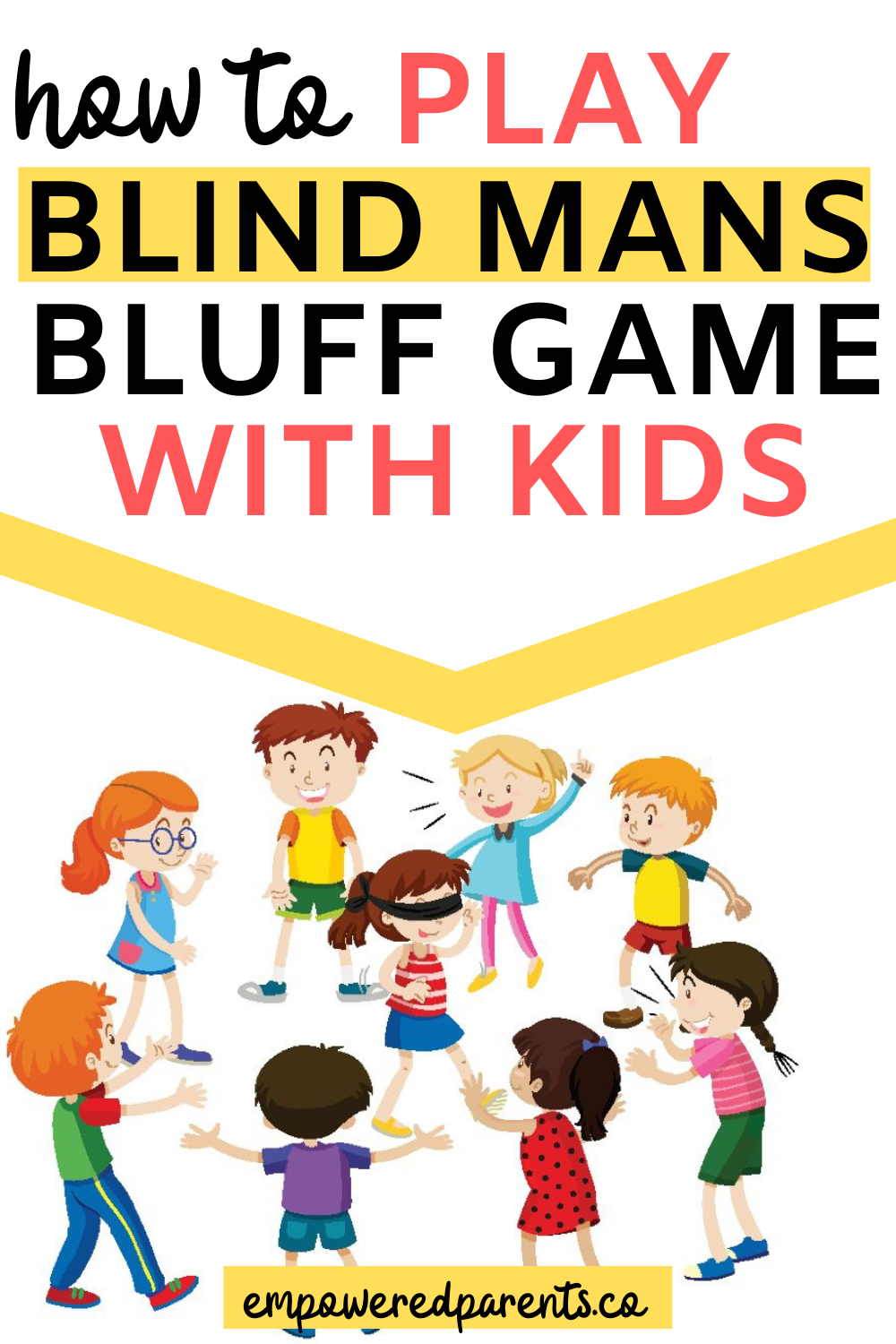 Here are the rules of the game and the benefits of playing it, some variations for playing with children of different ages, as well as some similar games.

During the middle ages, adults played this game by striking and buffeting the blindfolded player. [source]

Buffeting means “to hit with great force many times.” [source]

The modern-day kids’ version does not involve any buffeting, thankfully!

How Do You Play the Game Blind Man’s Bluff?

You can tweak the rules slightly to play variations of Blind Man’s Buff, depending on the age of the kids who are playing or just to try a new version.

Like most children’s games, Blind Man’s bluff is educational and has several benefits.

This game is great for helping children develop a feeling of their position in space.

As they are dodging the blindfolded player and moving around an area with a group of children, they must develop a sense of where their bodies are, so as not to knock into others.

They also build a sense of direction.

This is part of proprioception, one of the body’s seven senses.

Auditory perception is an important skill for learning to read and can be developed with many games and activities.

During a game of Blind Man’s Bluff, kids need to listen carefully to the sounds around them – such as voices, footsteps or the sound of bodies shuffling.

They need to hear these sounds and their brains need to process what they are hearing.

They need to judge how far away the sounds are, in what direction and if the voices are familiar.

Any game with rules teaches kids how to follow a set of instructions – a vital skill for coping in school and life.

Games require children to work together towards a common goal.

All players have to be willing, they have to conform to the agreed rules and they must work together to achieve the object of the game.

Group games are therefore a wonderful platform for teaching children about teamwork and cooperation.

Here are a few more ideas of children’s games that are similar to Blind Man’s Bluff.

They teach similar skills and children love them.

This is the closest game to Blind Man’s Bluff and is usually played in a swimming pool, but it can be played anywhere.

Tag is another fun game that teaches position in space. It is also sometimes called “catchers.”

Kids need to run around and dodge others as they attempt not to get tagged.

A traditional favourite, children hide while the player who is “it” counts to 10 and then must find the other players.

Here are some fun Hide and Seek games for kids.

I Spy with My Little Eye also uses the concept of discovering where hidden things are, but can be played with visual or auditory clues:

These are just a few game ideas. Here are more auditory games and listening activities to practise this skill.